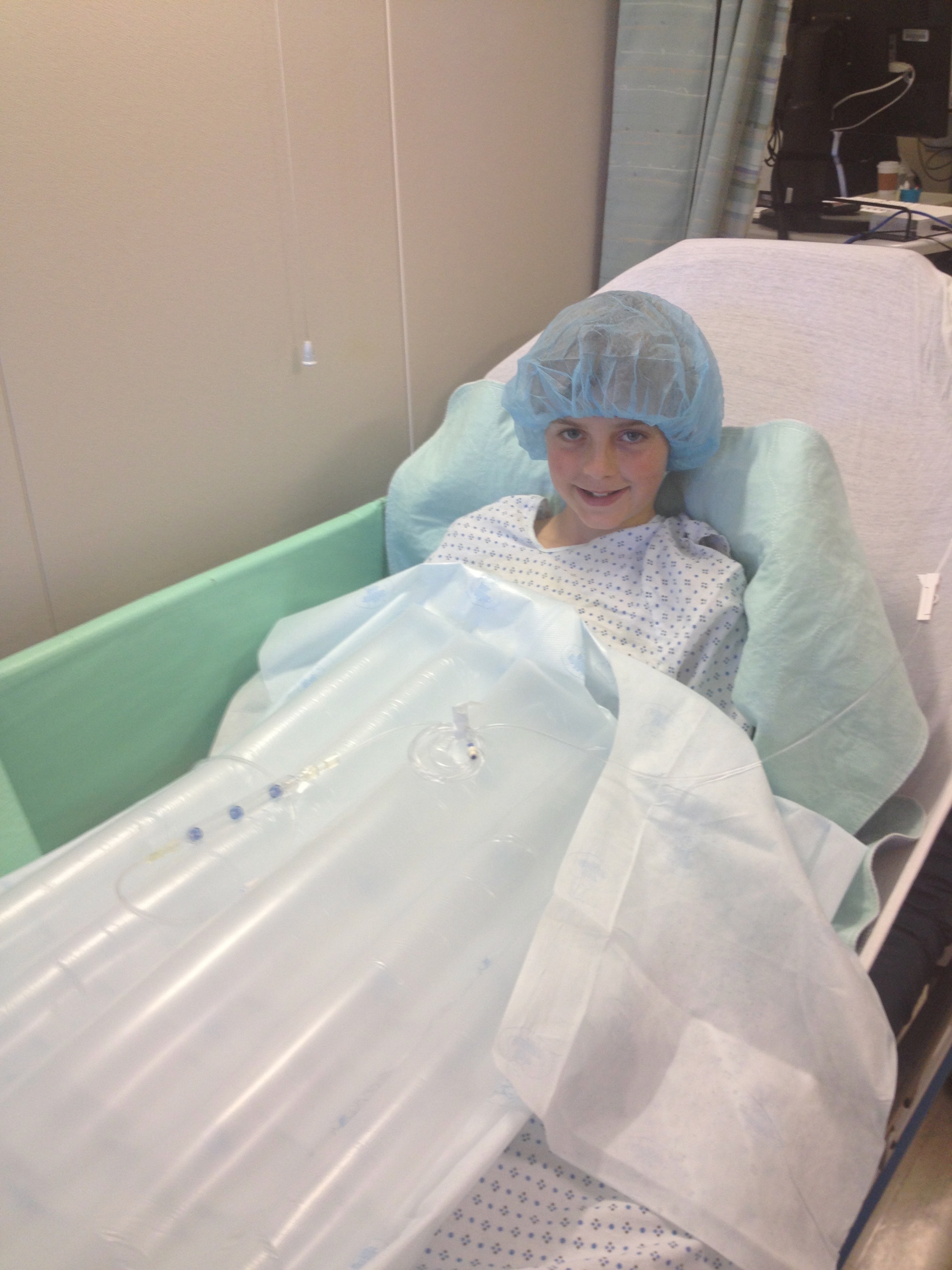 By nine years of age, Alex demonstrated a seasonal pattern of illness for several years that had become worrisome.  In early fall and then again in mid-winter, Alex was notably fatigued and quiet for months at a time, with patterns of dizziness, nausea, cognitive impairment (“brain fog”) and anxiety.  Because of this seasonal pattern, we assumed pollen allergies were a trigger—where we live, pollen allergies show up in the fall and then again mid-winter through spring. Summer is pollen free.  Alex would return completely to his old self during summers. We began to pursue various forms of allergy testing which revealed numerous food and environmental allergies, but which did not explain the severity and types of symptoms he was experiencing.

Due to my personal medical history of POTS (Postural Orthostatic Tachycardia Syndrome) and chronic fatigue, I decided to pursue treatment for Alex with my chronic fatigue specialist.   Alex subsequently began the pattern of taking numerous prescription and supplemental medications and though this original dosing seemed to help stabilize him, ultimately we learned these treatments at their best, while alleviating symptoms somewhat, were just providing minimal band-aids that would not hold up for long.  At their worst, as the list of medications and supplements changed and grew over the next several years with each new practitioner, Alex experienced terrible side effects that often mimicked the symptoms we were attempting to alleviate, added new symptoms to his list, as well as creating insidious dependency with terrifying withdrawal symptoms.  To add to the confusion, the list of medications and supplements was so long, it was impossible to link specific side effects or benefits to a particular treatment. 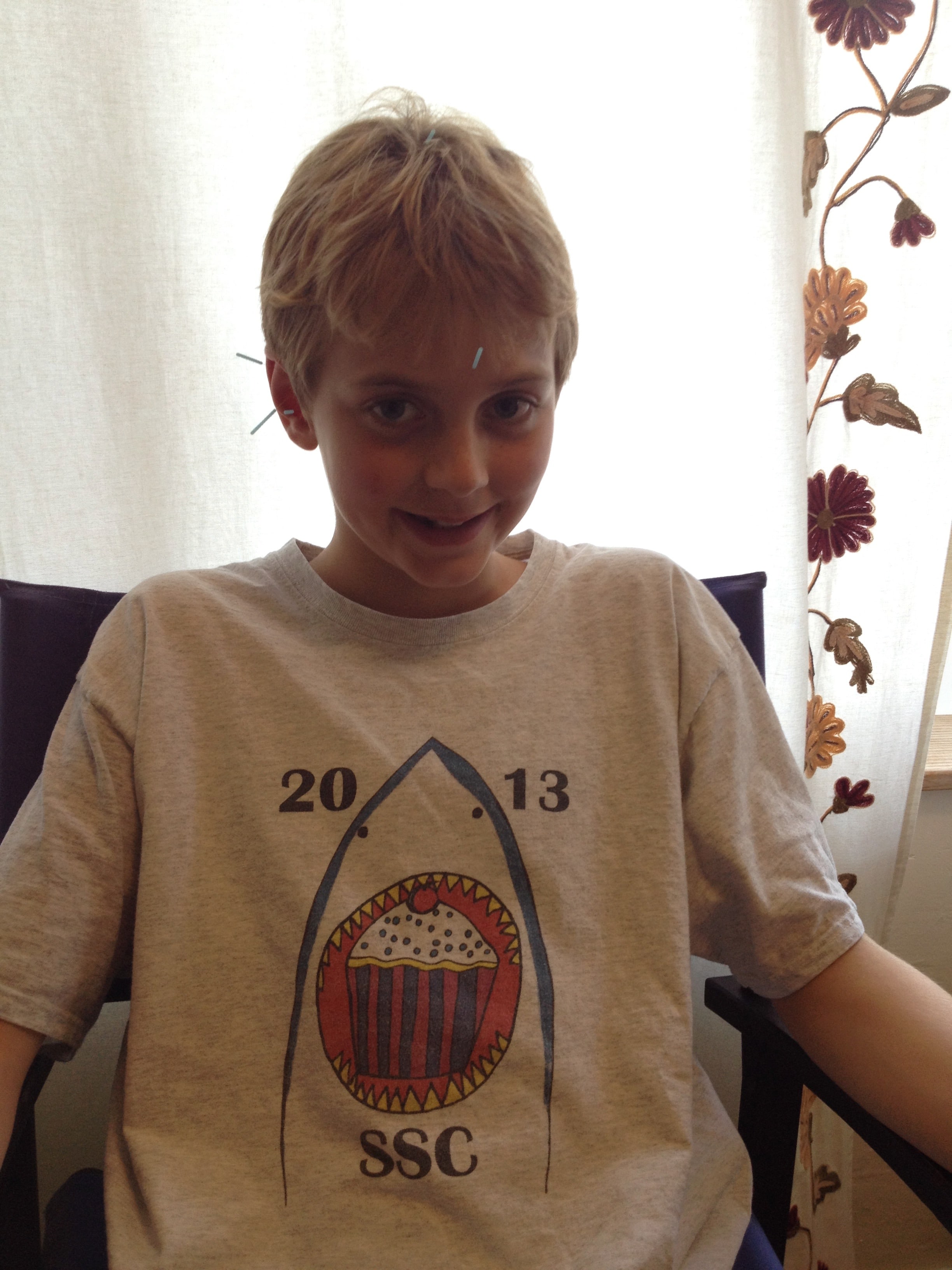 In the early fall of 2013, as Alex began fifth grade, the perfect storm shattered our normalcy.  Alex started traditional allergy injection treatments, and by the third or fourth round, he became debilitatingly ill with chronic and severe nausea, dizziness, vertigo, body shakes, exercise intolerance, extreme fatigue, and low body temperature measurements while feeling alternately very hot to very cold. After one allergy injection treatment, Alex went into a catatonic state for an hour, but a trip the emergency room yielded no information.  We ceased the allergy injections after this experience, expecting his health to improve with rest, but Alex continued to decline.

By January 2014, Alex started experiencing convulsive bouts of dry heaving and retching on a daily basis, often for hours at a time.  Frequently, he would be awakened by the onset of these episodes in the middle of the night. We felt we were going crazy trying to identify triggers.  For example, we discovered that showers triggered these bouts, particularly if he showered soon after eating. Eating triggered these convulsive episodes as well.  His nausea never ceased and escalated daily to unbearable levels in the evenings and early mornings. Alex began avoiding food, rarely eating dinner. Our small family descended into a hellish existence as we dropped out of society, terrified and trying desperately to control invisible triggers that seemed to torture our young son.  At age eleven, Alex’s life became severely restricted. He rarely attended school. All the activities he loved disappeared from his life.

By late February 2014, our family embarked on a three-year odyssey in search of the ever elusive “root cause” of Alex’s illness (Symptoms & Triggers). My life became dedicated to an endless search, and I could not let go of this pursuit, even though so many practitioners advised me this was a rabbit hole where I would never find an end. As a parent, I can attest to the horrific feeling of helplessness while witnessing your child endure extreme suffering with no relief.  How could a vibrant 11-year old boy be struck down like this? In short, we pursued answers from traditional, alternative, integrative, and functional practitioners (Hospitals, Treatments & Therapies). We traveled far from home. Alex became a professional patient (Alex’s Diagnoses). Ultimately, we spent approximately $150,000 attempting to heal Alex to no avail.

At our darkest time, Alex confessed to have lost the desire to live and held a knife to his chest alone in his room. My husband and I spent months sleeping with him to ensure he did not harm himself.  Alex’s ever present enthusiasm, humor and smile disappeared. Even his anger and frustration disappeared (Things Alex Lost). In my heart, I knew his life was at risk and that I might not be able to control this outcome.  We recognized that the life our family was living was no longer an option—visiting doctors who had no answers, endless amounts of blood draws that resulted in scar tissue on his veins, and medications and supplements with terrible side effects. We limited all this activity and tried to focus on finding peace and inspiration living as a family within our new normalcy of extreme avoidance.  Notably missing from this story so far, is the collateral damage suffered by Alex’s sweet young sister, who adored him, whose world collapsed and became unsafe, whose parents poured all their energy into her suffering brother.