At the very beginning of 2016, as we continued to pursue answers from a new practitioner, Alex received yet another diagnosis—CIRS (Chronic Inflammatory Response Syndrome).  As I researched the condition, I was dumbfounded by the treatment—complete avoidance of mold—and stunned as we initiated a three-month long process of mold remediation in our home.  The extreme avoidance of gluten that Alex and our family were already practicing paled in comparison to mold avoidance. I considered the laboratory results that informed me that Alex, his sister and myself all had the dreaded “mold gene” and I researched safe living conditions, learning this essentially meant living outdoors and avoiding all buildings.

By the summer of 2016, the voice in my head and heart grew loud, the voice that had been there all along, telling me that none of this made sense and continued to urge me to stop chasing symptoms and uncover the root cause of Alex’s illness.  One diagnosis after the next, all of them tied together by exceptional sensitivities to normal triggers, clearly pointed to a brain issue, of which I had been convinced for a long time. As surely as I draw breath, I know a higher power guided my hands to a random pile of papers buried under files within my “medical library” of books, folders, papers and binders of online practitioner classes in which had I enrolled.  I pulled out an old printout of the DNRS website and my memory jogged as I recollected the program a doctor had recommended for me, before Alex fell ill. I had considered attending Annie Hopper’s seminar, but completely forgot about it after Alex’s perfect storm broadsided our family. As I returned to the DNRS website, reading everything with new eyes, I knew without any doubt I had found the answer. Limbic injury was Alex’s root cause, creating the same list of symptoms for a numerous and ever expanding list of triggers, some known, and many unknown.

I braced for the next challenge of convincing my skeptic husband with his science-driven mind, and my exceedingly weary son who had closed his heart to hope.  My husband read the description of the DNRS Online Instructional Video Program and he immediately supported my decision to pursue this avenue for Alex. My hope was to quickly get accepted to a seminar, though I was deeply disappointed that these were not available to children and teens.  I knew Alex would love the group dynamic and I also knew how powerful these healing environments could be. Alex had been isolated and alone for so long that I was worried that the video program would not draw him in. However, I introduced the subject to Alex by showing him Riley’s success story, which had been so powerful for me to watch.  I could see Alex was completely absorbed by Riley’s story and with a small, patient smile he agreed to do the video program with me. I could tell he was placating me, but I was relieved that I didn’t get a refusal, ordered the program, and we scheduled our “DVD seminar” for mid-November 2016.

Alex and I set aside seven days to complete the video series, finishing up just before Thanksgiving 2016.  Alex was almost fourteen and fully capable of understanding the complete program. Simultaneously, I registered for an upcoming seminar scheduled for January 2017. Within the week that we watched the video program, I witnessed a significant shift in Alex’s mental state.  As soon as he absorbed the idea that his body was sending him false signals and that he was free to ignore these signals, he began venturing outdoors for walks and runs. He worked hard on shifting his focus away from symptoms and became more engaged in our family life.   After I returned from the Ojai seminar in mid-January, I had answers to our many specific questions about the program and a solid understanding of all the nuances of Alex’s illness and how to apply the program to him. Most notably, I had the incredibly powerful experience of the in-person seminar to carry home and I did my best to relate this to him.  At this point , Alex committed completely to the program and began his daily practice. The miracles followed closely behind. 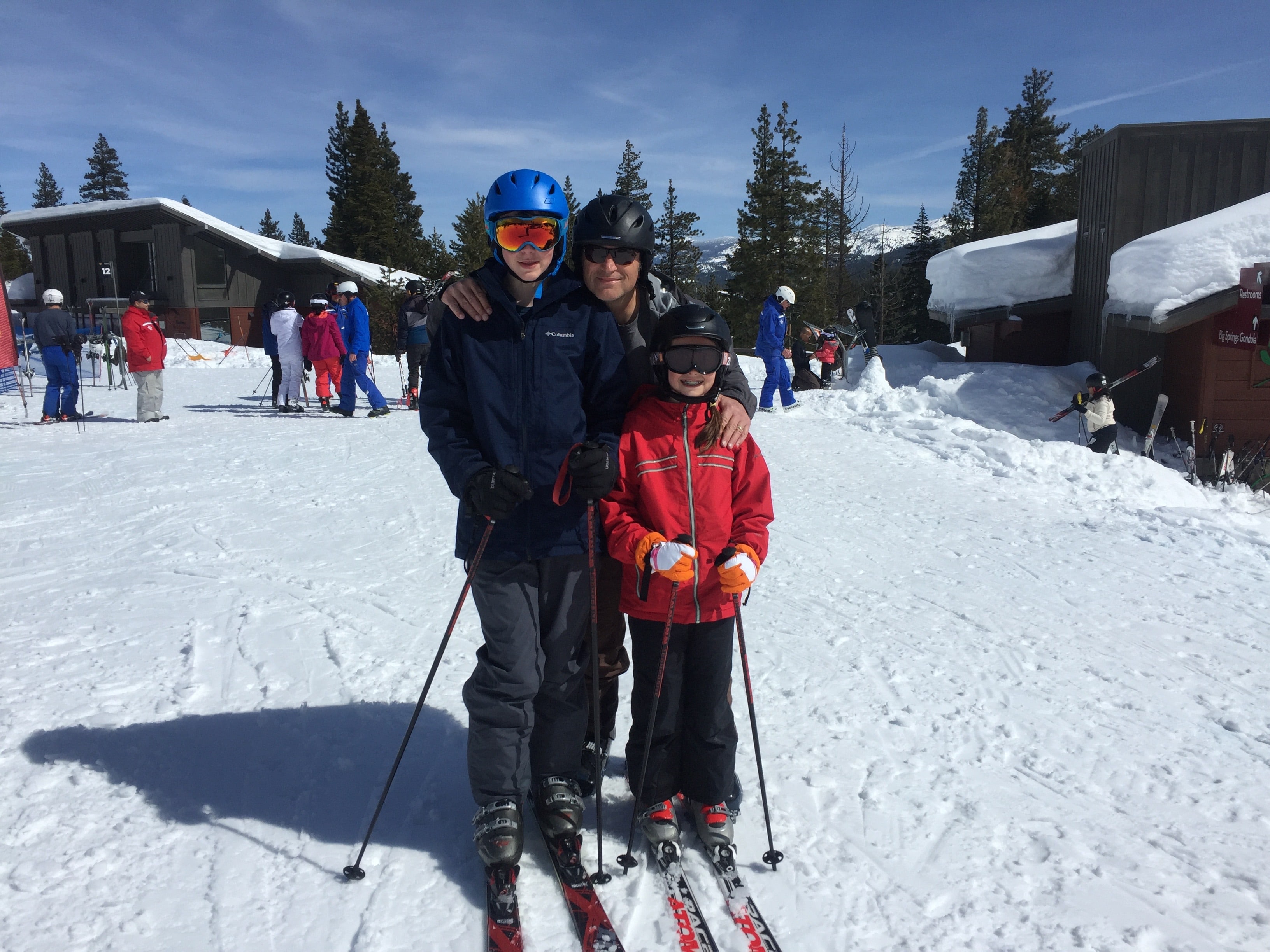 Our family went on a ski trip in early March 2017, a little over a month after Alex began daily DNRS practice.  This was inconceivable only months before, and had been a favorite annual family tradition we had missed for four years.  Alex skied endlessly, all day, super aggressively and quickly exceeded his skills from four years prior. He began experimenting with gluten cross-contamination in May, eating out in restaurants and even intentionally ordering items that contained some gluten, like soy sauce.  This was perhaps one of the most astounding achievements to me. It had become nearly impossible for Alex to eat anywhere but home and even traveling in cars where others were eating gluten yielded cross contamination issues, with Alex extremely ill for 7-10 days after each exposure.  In June, we traveled to our close friends’ summer cabin in the mountains, all sharing the same kitchen filled with gluten and bread crumbs, used the same cooking supplies, with no effect on Alex (Some Triggers & Symptoms Took Time). From that point on, our lives took off, and we traveled and played all summer long—camping, surfing, biking—and visited Alex’s grandparents on the East Coast.  In July, Alex realized his ultimate visualization, and started high school football practice. In August 2017, he returned to mainstream school as a freshman in high school where he had to heavily rely on his DNRS practice to overcome his PTSD around school, which was a result of his struggles academically while he was sick. 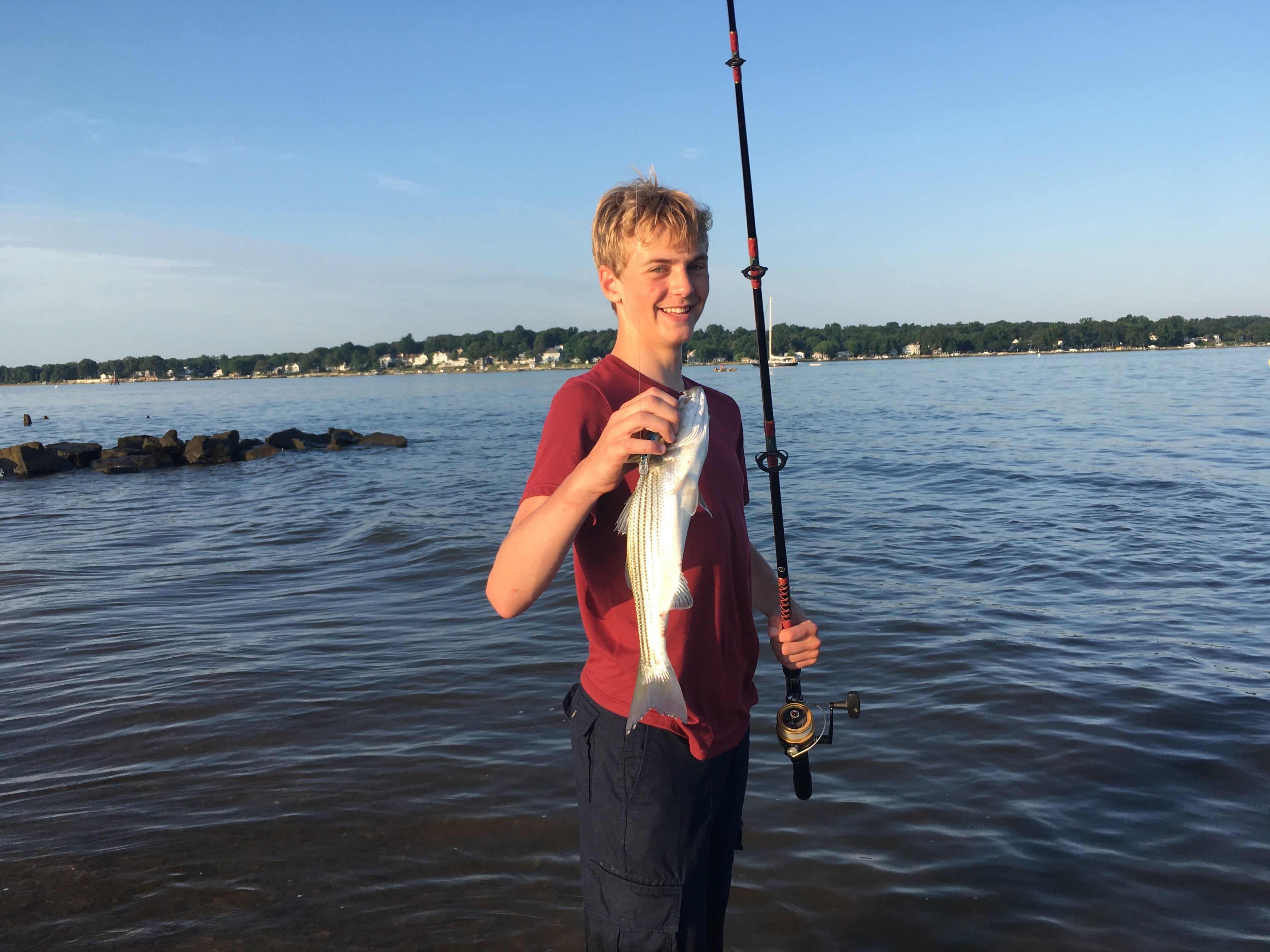 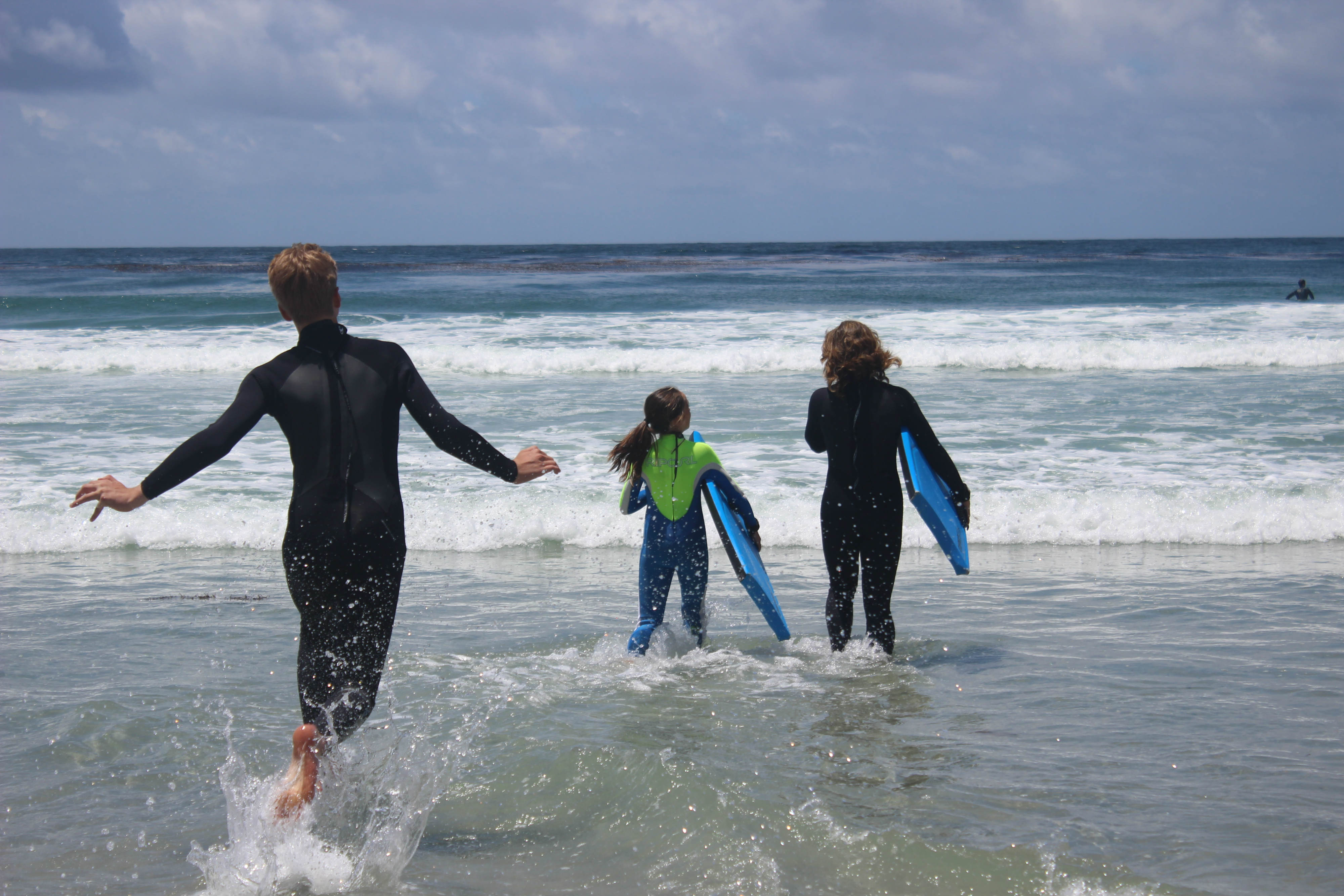 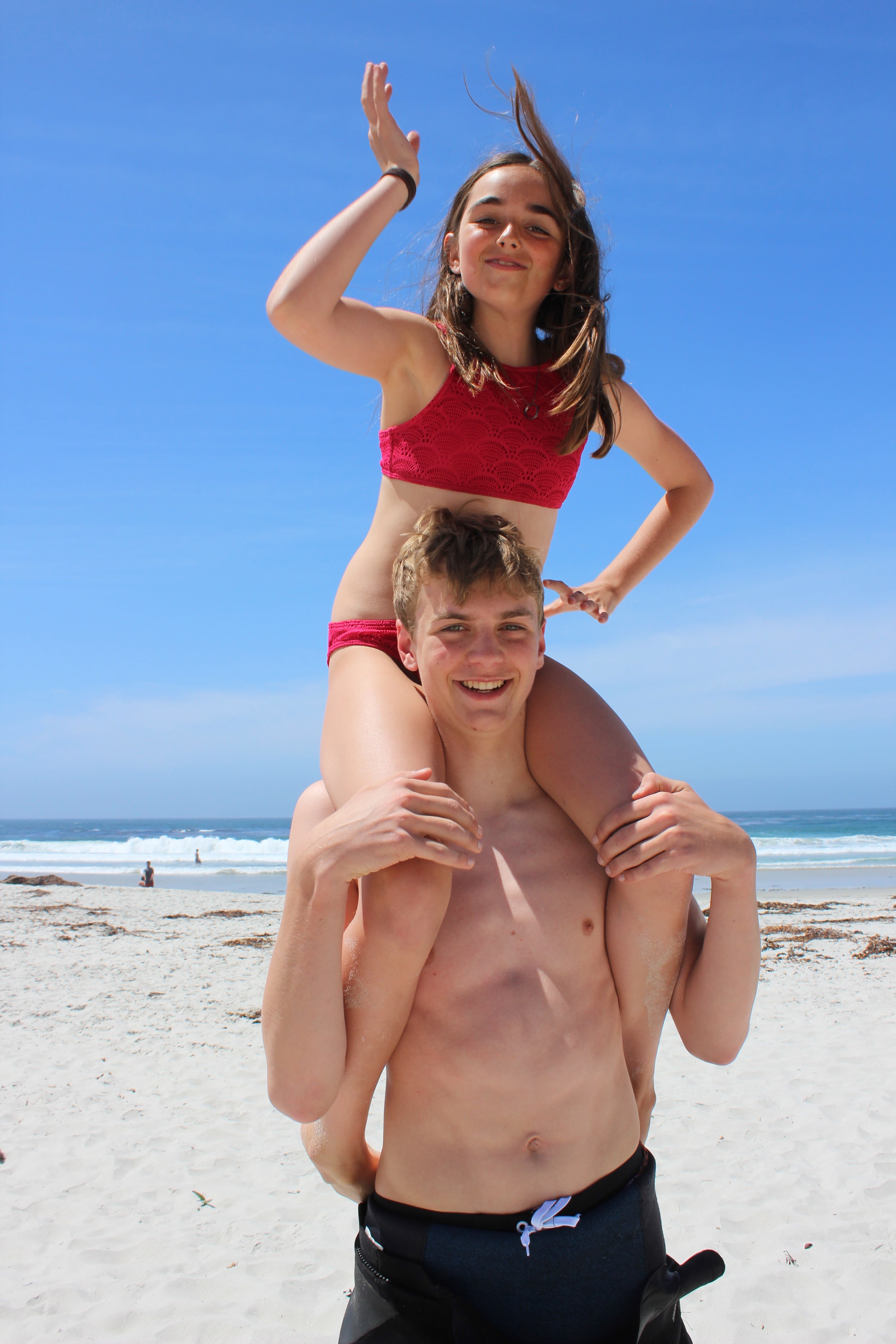 On the surface, this may look easy and that Alex just passively allowed all this come to him, but he worked exceedingly hard and was the driver behind all his success.  During his first few months of practice, Alex’s symptoms remained present and constant, he simply no longer allowed them to define his life. He discovered through his practice, that though the symptoms remained, they no longer spiraled out of control if he challenged them with exercise and other triggers.  Though no easy task, he lived his life as though they did not exist, and after a few months, his symptoms eased and eventually dropped away, occasionally returning for short amounts of time in the normal ebb and flow of DNRS recovery (Some Triggers & Symptoms Took Time). Another significant factor in Alex’s success was his dedication to his practice.  He practiced well beyond the minimum hour per day, often up to 3 or 4 hours per day, when symptoms were strong. It is important to note that DNRS practice did not come easily for him—according to Alex, it took him two months before DNRS practice truly became a habit he did not resist. He continued his practice for a full year, and now, one year and four months after he started DNRS, he practices occasionally, mostly to address intermittent flares of anxiety and PTSD. 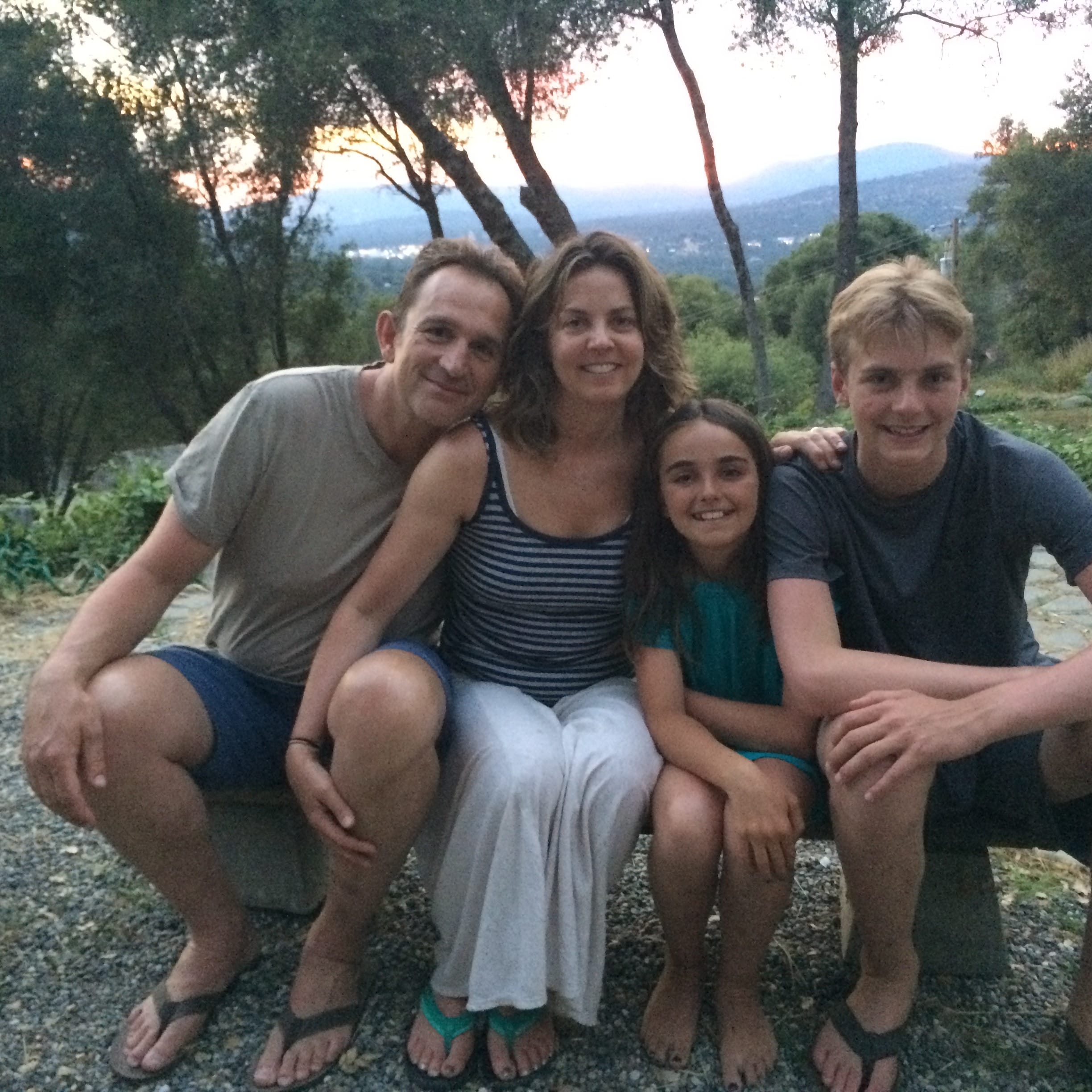